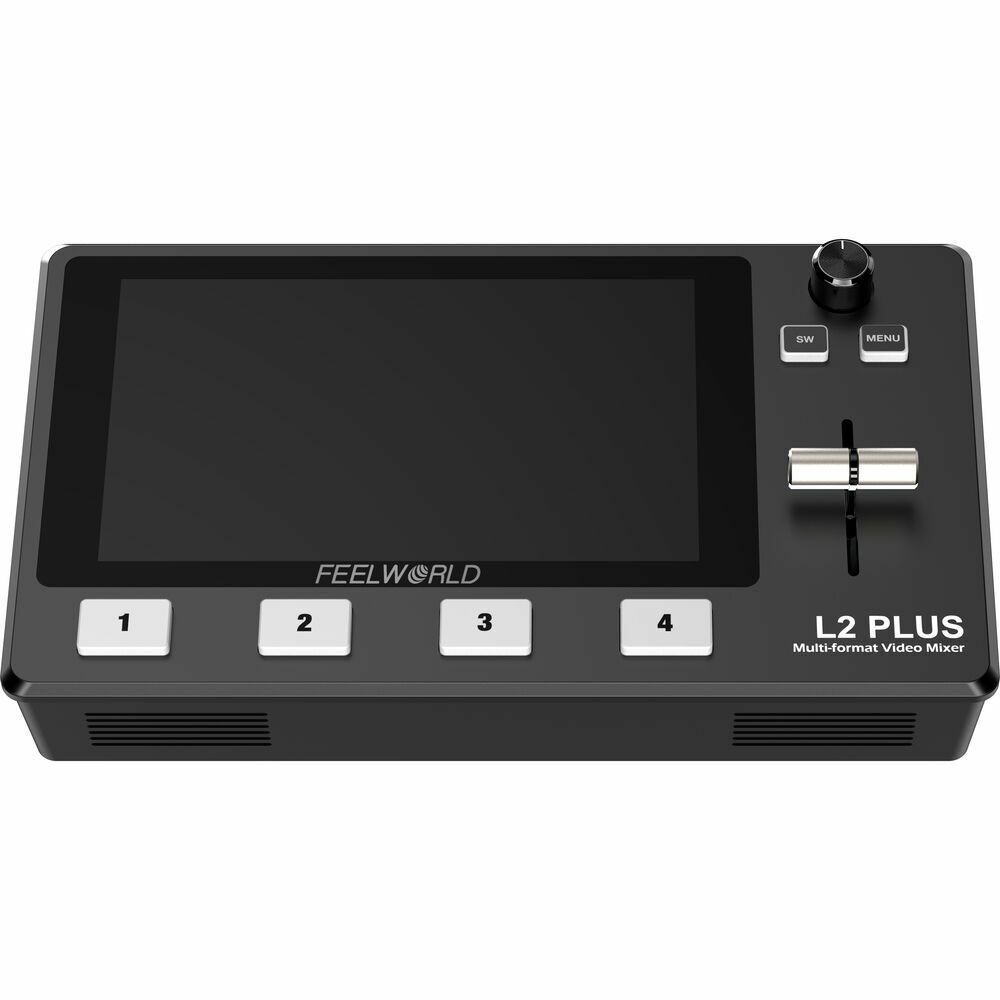 Live-switch, control, and stream up to four HDMI video sources such as PTZ cameras with transitions and effects using the HDMI Live Stream Switcher with Built-In 5.5" LCD Monitor from FeelWorld. The compact video switcher can switch up to four HDMI inputs, output program and preview video via one HDMI port, and stream up to 1080p60 video via USB with third-party streaming software. You can view up to six pictures on the 5.5" touchscreen display, including the four individual inputs, PGM preview, and PST preview.

The switcher allows you to switch between the inputs using the touchscreen or the large LED buttons that light up with green or red tally indicators, or it can be controlled via a computer or smartphone app. You can utilize the HDMI embedded audio or embed audio from a microphone or external source using the 3.5mm stereo input jack. There is also a 3.5mm output jack to de-embed the audio for use with external speakers or an audio mixer. You can monitor all four inputs using the built-in color TFT display on the unit, or you can output Program/Preview via the HDMI output. It supports video output up to 1080p60 via USB for use with a variety of third-party streaming software or NLE video editing systems.